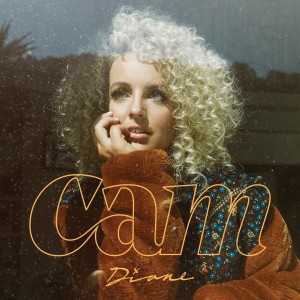 March is Women’s History Month and after venting with several friends about the lack of females on country radio and brainstorming ways to highlight the unique and empowering women that make up the genre, I decided for 31 days to showcase female artists on You Sing, I Write.

Truthfully, this idea was sparked by Cam and her previous post on Twitter about the twisted reasoning some radio executives have on why they don’t play women on radio.

The majority of country listeners are female (actually true) but apparently we prefer listening male singers so we can “dream about them being [our] boyfriend” (actually said to me). Sure hope #iHeartAwards picks the hottest one, cause that’s all my lady-brain can understand! https://t.co/gWx09SlQJI

Her response was to the 2018 iHeartRadio Music Awards nominee list, which includes 10 male nominees and only one female. Lauren Alaina is the sole woman nominated at the awards show for Best New Country Artist.

While I’m a huge fan of the genre, it only hurts females by not showcasing other talented women. Artists like Cam speak out and in turn create change. Also, her music is unlike anything heard on today’s country radio (in the best way). Her new single, “Diane,” is a heartfelt response to Dolly Parton’s “Jolene.” The song tells the heartbreaking tale of a woman who learns the guy she’s been dating is married.

“It’s the apology so many spouses deserve, but never get,” Cam says of the song. “The other woman is coming forward to break the news to the wife about an affair, respecting her enough to have that hard conversation, once she realized he was married. And in true country fashion, I’ve set the whole raw story to upbeat music, so you can dance while you process it all.”

Watch the video for “Diane” below and stay tuned for a month of features and interviews with some of my favorite females in country music.