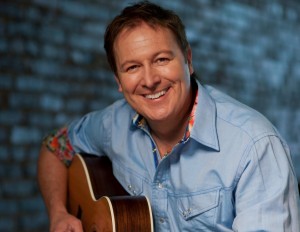 Songwriting Session is a column that goes behind-the-scenes with artists and songwriters. Each Sunday, a new songwriter will share their journey and provide lessons they’ve learned along the way. This week, Tim Nichols shares what he has learned as a songwriter.

Tim Nichols is the newest member inducted into the Nashville Songwriters Hall of Fame. The hit songwriter says that the way he initially came to Nashville was not by doors opening, but by doors closing. “That’s how I got here,” he tells me. “Ultimately, there’s no misfortune. It’s all part of the plan. There’s always something you can learn from the journey.”

A sentiment he shared at great length during his Hall of Fame induction speech in October, days before the ceremony he sat down with me at his publishing office, THiS Music, to discuss his decision to pursue a career in songwriting and the ups and downs he faced along the way.

The Springfield, Missouri, native was in a band in his late teens and around that time was trying his best to figure out how to write songs. He moved to Music City when he was 21 hoping to be a singer, admitting that at the time he didn’t realize you could make a living writing songs.

“I didn’t know that was an option or a job possibility even,” he shares. “Then I started going to the Bluebird and the industry here really values and respects the craft of songwriting. There’s a strong sense of community among songwriters which I think is the coolest thing ever. It’s more so here than in any other music center.”

For his first few years in Nashville, Nichols was pursuing a career with his band and found himself constantly on the road. By 1983, the last incarnation of the band broke up and he was trying to figure out a way to stay in Nashville. So, he decided to audition for a local theme park, Opryland USA, which had music show productions on a daily basis. He hoped getting the job would keep him in Music City but once again, it didn’t work out exactly like he had planned. While he did get the job, they asked him to relocate and host the show in Branson, Missouri. Fully aware of the opportunity at hand, he spent some time back in his home state before being re-hired the following year for the park in Nashville.

Once he was back in Nashville for the amusement park gig, Nichols would spend his days off writing with various songwriters he met at writers rounds and through networking. One of his first collaborators included Gilles Godard, a Canadian with whom he found much success writing for Canadian acts like Ronnie Prophet and Tommy Hunter.

“The songs were okay,” Nichols says with a laugh, “but because he would come down here and record them with session players they sounded amazing. I would pitch those songs as I was going around getting appointments.”

For more of my interview with Tim Nichols, and to learn the stories behind some of the hits he wrote including Tim McGraw’s “Live Like You Were Dying,” Dustin Lynch’s “Cowboys and Angels” and Jo Dee Messina’s “Heads Carolina, Tails California,” visit Sounds Like Nashville.