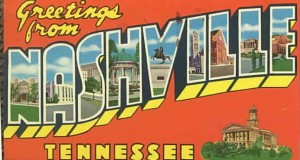 Songwriting Session is a new weekly column that goes behind-the-scenes with artists and songwriters. Each Sunday, a new songwriter will share their journey and provide lessons they’ve learned along the way. This week, I feature interviews from 15 Nashville songwriters from the SESAC Awards Red Carpet and the Songwriter of the Year After-Party during CMA Awards week. I asked each songwriter what was the best advice on songwriting they’ve ever received. Here’s what they told me:

Lady Antebellum’s Hillary Scott: “My first publishing deal was with Victoria Shaw. I was a young writer when I started working with her. She would always say, ‘Just dare to suck.’ I think that’s so important when you go into a writing room with people you know or maybe it’s new people you’ve never worked with before. I think it’s so important to just . . . if you throw out a line, even if it’s terrible it might lead someone else next to you to the right one. You can always be that catalyst and give them alley-oop to get to the right line. It’s a funny quote but that would be mine. Don’t be afraid to suck. [Songwriting] is truly a muscle. I can tell you, touring as much as we toured, we don’t write as often. It’s not as much a routine. It really needs to be like going to the gym. It’s a fitness that you have to get to. It’s important to have that frequency with it because you start to be able to gauge, ‘That was good. That wasn’t as good. This was awesome. This has potential.’ Whenever you write a line or two it gives you that perspective.

Lee Brice: I had someone tell me, take every line and if it don’t make sense then work on it. It’s not worth doing it if it’s just good. Keep working on it and make sure every word, every line, every nuance works. You either put in the work or you don’t. It’s never not hard.

Ashley Gorley: I’ve received a lot of different types of advice. One of them is write every day, it’s a workout. Not to wait on inspiration but just go do it, make it a job. Pre-writing and rewriting are part of writing. Some people forget and they just throw out whatever they think of. The brainstorm process and rewriting process. One of the most important things I was taught early on, don’t be afraid to throw a song away. Don’t waste a day or a week or a month or a year or a career writing decent songs, writing good songs. Everyone wants you for the few great ones, not the million good ones. The willingness to start over daily. Several songs that I’ve gotten an award for, even this week, got written after three hours we spent on something that we all thought were average and then we tossed it in the trash and wrote a new one. I think that separates the successful writers from the non-successful. The willingness to admit that you suck and to try to do better. You gotta go for it.

Bobby Pinson: The best advice I ever got on songwriting was to write what you love. The rules of songwriting change day to day and year to year. What’s cool now may not be cool next year. Write the songs that you love, be true to yourself and those songs will be true to you down the road. I experience it all the time, I’m an old man in this town but I’ve followed that advice and I write what I think I wanted to hear when I first starting loving it. I still do that every day. At some point that’ll be popular again. Just be true to what you love. I have the distinct advantage in creating music. A lot of people don’t create.

Lindi Ortega: I find that the songs that I love to sing and perform the most are the ones that come from my experience. I think those are the most poignant because they’re real and people can relate to them because it’s a genuine, real experience that you had. To be really honest in your songwriting, it might hurt to let some of that stuff out but know that if you do it might help somebody else feel better. If you’re going to write a dark song maybe you’re helping somebody realize that they’re not alienated in their dark experience.

Joe Nichols: Make it believable. Catchy is good. Clever is good, but believable is always better.

Larry McCoy: The best advice I’ve ever received was from a guy named Richard Leigh. He wrote ‘Gonna Make Your Brown Eyes Blue.’ He said, ‘Remember, we’re writing for people who don’t want to think. They just want to listen.’ It was a really good thing for him to say.

Jamie Floyd: Write what you know. Any time you get stuck or don’t feel inspired check in with yourself and go with the emotion that’s most real to you. If you follow that, it may take a while but it usually leads you to a song that is real and relatable. If it’s real to you, it usually trickles down and is the same way with others.

Jerry Salley: The best advice I received probably wasn’t being told face to face. When I first moved to town, a guy named Bob McDill, who is probably one of the greatest songwriters in country music history. I read an interview with him and he talked of how he came in every day whether he felt like it or not, whether he had an idea or not and he would show up and work 9-5 like a regular job. I took that to heart and I show up. You can’t win if you don’t show up. There’s days you stare at a blank piece of paper, there’s days you come up with one great line but it took the day, and there’s times you write a whole song in a couple hours. I never forget reading that and the idea of showing up and being prepared. you gotta be ready when inspiration does hit.

Cary Barlowe: This is kind of a cliche thing to say but I’ve always heard dare to suck. Every day is a new song and don’t overthink it. If it feels good it’s probably right. Sometimes you have to go with your gut. There’s a lot of times you overthink it so much. I think a lot of songwriters can say, ‘Don’t beat it with a dead horse.’ You gotta know when to move on.

Craig Campbell: To write songs. I didn’t write songs when I moved to Nashville but I got some advice from a buddy of mine, he said I needed to be writing songs and I ran with it and he was right. It was some of the best advice I was ever given. It helps me define who I am as an artist, it allows me to tell my stories the way I want to tell them and it lets people know who I am. I love it.

Lance Miller: Songwriting is a craft. You gotta pay attention to the ones that are a lot better than you are, which are a lot in this town. Always be a chameleon. I’m a traditionalist at heart and it [country music] moves around a lot. You get stuck in a rut and write the same old stuff. It’s a moving target.

Rob Hatch: Just keep working. The next song is the best song

Jim Lauderdale: Harlan Howard, when I was writing with him one time, of course I had already been through a lot. He said, ‘I tell these young writers who come to town, I say take some woman to a cheap motel with a case of beer, get your heart broken and then you’ll know how to write.’ I find a lot of guys that I’ve written with, because I have been able to write with Harlan, Robert Hunter, for me a lot of time it’s being in the presence if it’s a co-write and I take a lot away from that. My advice is perseverance. There aren’t enough opportunities for all the songs we write. You just have to wait and keep trying to top your last song that you thought was your best song. You just have to think, ‘And now I have to write 10 more of those.’ As far as a songwriter it never ends. As long as you want to keep doing it you have to keep challenging yourself the rest of your career.

Maggie Rose: Put your ego aside. You might not have a fully formed idea to offer but if you’re honest and uninhibited you might influence the way the song ends up because you’re throwing an experience out there that’s going to be relatable. If it resonates with them it will resonate with a stranger. Don’t have an ego, throw it out there. No inhibitions.