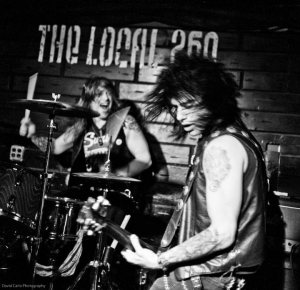 The traveling music festival known as the International Pop Overthrow (IPO) is in New York City this week, as a number of bands take the stage on the Lower East Side for a massive showcase of up-and-coming talent.

Festival founder David Bash conceived the idea – to introduce bands from all over the world to the masses and have them play together under one platform – in 1997, and a year later, the first edition was held in Los Angeles, Calif., where 120 bands performing throughout 10 days.

Three years later it became a traveling festival when New York and later Chicago and Liverpool got added to the bill. Today, IPO is held in 16 cities throughout the US and Canada. A major success in Los Angeles, Bash said it took convincing from bands who continually played the festival before it went on the road.

“It was really more just urging of bands, who I think didn’t want to travel as far and thought it would be cool to have it at a place where they lived,” he said. “I’m glad they did that. It was immediately fun and successful.”

For more on the International Pop Overthrow, visit CBS.