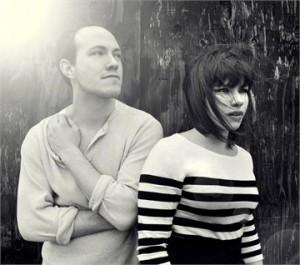 For Brooklyn-based Savoir Adore, what began as a 48-hour challenge between two friends soon morphed into a band.

A band that’s scheduled to play 8 different showcases at the CMJ fest this weekend.

“Deidre [Muro] and I were both solo artists in New York. We were frustrated with our current situations so we said, ‘Why don’t we try to collaborate over the weekend? See what happens,’” says Paul Hammer.

Over the course of that weekend Hammer and Muro decided to record an EP and gave themselves rules, which included no acoustic guitar.

“That EP formed the band. It was never intended to be a band; it was just a fun recording project that ended up getting passed around,” Hammer said. “We were so excited at what we created that we kept doing it.”