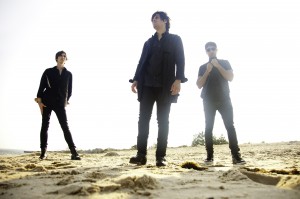 A week before their debut album, Feel You’re Different, is released, a band from Long Island is ready for their CMJ Music Marathon showcase.

Having played the festival for the past three years, Lights Resolve frontman Matthew Reich says CMJ has helped with the band’s success.

“CMJ has been a platform literally for us to take the stage and for people to learn about our band. I think a lot of people found out about us through CMJ because we did shows at Bowery Ballroom, Bowery Poetry Club,” he said. “We were on certain shows where people found out about us and now we’re some of those people’s favorite bands. It’s great to have that kind of festival with a built in audience that may not be your normal audience so you can tap into a new crowd.”

For my complete writeup, visit CBS. Be sure to pick up a copy of Lights Resolve’s debut release next week and catch them tonight at Maxwell’s in Hoboken.