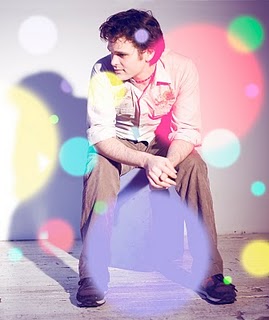 Shwa Losben combines impassioned folk and rock & roll for a truly unique sound. Whether he’s writing about a friend who went to Mexico with a guy she met on Craigslist on “Trainwreck,” or critiquing mean hipsters on “Brooklyn Girls,” his tales captivate the listener.

Losben moved to New York in 2007 and has steadily built a name for himself, playing in front of packed venues with his band “The Good Times.” The singer-songwriter released his debut solo album, Chop Chop in 2008. With rave reviews, USA Today wrote, “it deserves to be heard by more people.” Additionally, the title track earned Losben the ASCAP Robert Allen Songwriting Award.

Two years later, Losben is back with his fan-funded release, Good Times Good Times. The 10-track album offers listeners fun, upbeat songs accompanied by intriguing characters and descriptive storylines. Blending folk and rock, Losben’s soulful voice soothes above fitting music. Each song offers something new, whether it be the twangy “Worst Is Over” or the danceable “Penultimate Dance.” A track he has high hopes for, of “Penultimate Dance,” Losben says, “My dream is for it to be the second-to-last song played at weddings and bar mitzvahs.”

Good Times Good Times draws influence from Pulp and Pearl Jam and no doubt has distinct musical components to please every music lover. With resemblance to fellow New York singer-songwriter PT Walkley on “Treat the Disease,” the track impresses with horn features, powerful guitar and percussion and Losben’s wavering vocals.”Total Nightmare” is another danceable gem with energetic keyboard and vocals throughout while “Sandy Don’t Worry” is an impassioned love song reminiscing of the past.

With an album this diverse, one can only wonder what the future will bring for Losben. Having opened for Ben Folds, he is well on his way. To stream Good Times Good Times click here. For more on Shwa, be sure to visit him on MySpace.