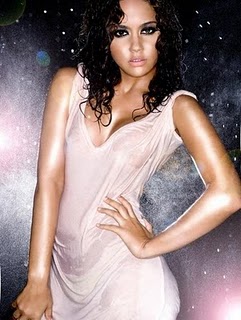 Pop sensation Kat DeLuna has been making waves since first single, “Whine Up” was released in 2007. The track made its way onto the Billboard Hot 100 and the Pop 100, an impressive debut for any singer. Additionally, the versatile artist has collaborated with notable acts including everyone from Busta Rhymes to Lil Wayne and Elephant Man.

Three years later, DeLuna is back with current club jam, “Push Push.” Featuring Akon, the track is sure to be another summer hit. Gearing up for the release of her sophomore album, Inside Out, in the upcoming months, DeLuna will be making a stop at Santos Party House June 10th in New York for Girls Who Rock, a benefit concert for She’s the First.

What first sparked your decision to pursue a career in music?
I’ve been singing ever since I was a little girl. When I was three years old, I took a microphone for the first time and sang in front of hundreds of people. It was at that moment that I knew I wanted a career in the music industry.

What inspires you?
Everything around me serves as inspiration for me. Whether it’s the people that surround me or the environment that I am in, it is all capable of inspiring me.

What are some of the obstacles you’ve faced?
I have faced quite a few obstacles in my life including poverty and not having enough positive role models, other than my mother. People say that obstacles are suppose to limit what you can do in life, but I’ve always been about trying to prove people wrong, to go further than their expectations. This drive has given me the strength to overcome.

What’s your songwriting process?
I don’t really have a songwriting process. When I begin to write a song, I look and reflect on my inspirations from that day and just begin. It is really a freeing, stream of consciousness type of thing.

What’s the next big thing happening in your career?
I just finished shooting the music video for my new single “Push Push” in Atlanta with Akon. “Push Push” is the lead single off my upcoming album, Inside Out, which is due out later this year on GBM/Universal Motown.

What’s your favorite ‘girl power’ song?
“I’m Every Woman” by Chaka Khan. Oh, and “Unstoppable” by me.

Why did you decide to get involved with She’s the First?
I decided to get involved with She’s the First because I’m a strong woman who had to go through many obstacles to get to where I am today. As a survivor of poverty, I consider myself to be a fighter and I have been put into many positions in my life that I feel I wouldn’t have able to survive if I wasn’t one! I want to show women all around the world that anything is possible as long as you stay strong and persevere. You can be any woman you want to be, just do it and don’t be afraid to go against whatever stands in your way! Try and loose your sensitivity so no one and nothing can hurt you, and go hard!