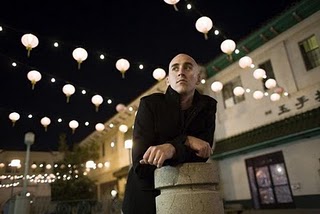 Earlier this week, Tyrone Wells debuted the music video for single, “More” off his album, Remain. Named one of You Sing, I Write’s top five concerts of 2009, I was lucky enough to chat with Wells last year right before one of his showcases at SXSW. A powerful performer, he filled me in on his songwriting process, whether he’d rather someone witness him live first or hear his record and the inspiration behind some of his songs, including “More.”

A track that almost didn’t make the record, of “More,” Wells said, “It’s really the age old search of mankind to find more meaning, whether it be faith in God or faith in humanity or hope for a better day and hope that we can see people loving each other in this world and coming together instead of always separating. Less selfishness and more togetherness.

“I think everybody who hears that song plugs their own life into it and whatever is more for that person is what they draw from it. I met a girl who really wants to write screenplays and she adopted the song as her mantra. For me, it was the age old search for God and connecting to him and finding more meaning in that.”

For more of my interview with Tyrone Wells, click here and watch the music video for “More” below. Currently on tour with Tony Lucca and Roy Jay, be sure to visit his MySpace for dates. I’ll be catching his show this Wednesday in NYC, so be sure to follow me on Twitter for live concert updates!