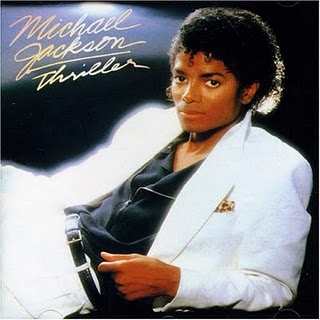 While music fans often cling to memories of their first concert experience, I vividly remember the very first music video I watched — Michael Jackson’s “Thriller.” It was at my cousin’s house sitting on her mom’s plastic covered couch while our parents sat in the dining room having coffee. “Thriller” gave me nightmares for weeks, and I still cringe every time I see Jackson transform from sweet guy on a date at the movies to a character from the crypt. But, that is the job of a true entertainer — leaving your audience with something to remember. Lucky for us, Jackson has a legacy that will last for years to come.

I don’t know what first sparked my interested in music, but I know Jackson had something to do with it. He paved the way for so many artists, inspired and let each know it was okay to step outside his limits and express his creativity through music. Maybe that’s why I chose music journalism as my career path. Interviewing bands who worked with and were influenced by Jackson has been a humbling experience. Who knows where they’d be, or where I would be, today without that kind of presence in this world.

Growing up, all I ever listened to was New York City’s oldies station, WCBS-FM 101.1. It was my dad’s favorite. The Jackson 5 was part of my childhood, along with Elvis Presley, the Temptations and the Beatles. Songs like “I Want You Back” always put a smile on my face. At nearly three minutes long, it was an endearing track about wanting a girlfriend back. I had no clue what the song was about at the time, but loved it regardless.

His influence and power to inspire go on
Jackson’s life was a rollercoaster ride and there’s little doubt that he was a deeply troubled soul. Over the last few months of his life, Jackson was rehearsing for his upcoming tour dates at the O2 arena in London, which he hailed as his “final curtain call.” It was also supposed to be the answer to the enormous debt Jackson had amassed. He died less than three weeks before his first show, and the rehearsal footage made it to the big screen as This Is It. The film provides a glimpse into what could have been Jackson’s most electrifying performance yet. While watching the film, I was moved by the opportunity to witness what such an incredible performer was really like up close.

I still remember hearing the news of his passing and realizing the effect he had on the world. Whether it’s up-and-coming indie band Lights Resolve titling a song after him, Justin Timberlake or Black Eyed Peas’ Will.i.am praising his work, it is evident that his influence goes far beyond what any of us realize.

Jackson himself was very conscious of his desire to inspire others: “That’s why I write these kinds of songs,” he said in This Is It. “It gives some sense of awareness and awakening and hope to people. I feel so blessed that I can give the world that.”

I couldn’t agree more. Whenever I’m out and I hear a Michael Jackson song come on the radio, I can’t help but smile. His songs will remain an important part of my life. Jackson’s music not only jumped musical hurdles, but cultural and spiritual ones as well. His music is a form of escape, giving people faith and belief that everything will be okay. And, from a three-minute song, sometimes that’s all you need.

This article was originally posted on Busted Halo last week for their Faithful Departed series. You can read it here.