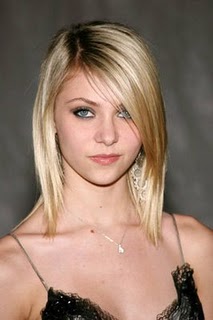 She has graced television with her performance as Jenny Humphrey on CW11’s “Gossip Girl” and now Taylor Momsen is hitting the road with her band, The Pretty Reckless. With an opening slot for The Veronicas this summer and an album coming out in the fall, Momsen may be the latest successful cross-over celebrity. Only time will tell.

A few weeks ago in Zootopia’s press room, Momsen revealed her surprising passion for music (over acting) as well as the behind-the-scenes scoop on what it’s like on the set of “Gossip Girl.” Read on for more.

How would you explain the band’s sound? What’s your live show like?
It’s a lot of fun. We just started touring. We just had our first leg of our tour with The Veronicas. The sound is rock ‘n’ roll. It’s a lot of fun. I wrote the whole record and we’re just tweaking all the production now. There should be stuff up online really soon. Check out theprettyreckless.com. Rock ‘n’ roll. Let’s bring it back.

What does being in a rock band give you that acting doesn’t?
Acting, I have been doing for a really long time and I love it. But, music feeds my soul. It’s what I live for.

Would you prefer to be a major movie star or a major rock star?
I love them both so much. I’ve been doing them both for as long as I remember. Music is what I live for. I’m so passionate about it and it means so much to me personally that if I was to have to give it up in any form, that would be really bad. I don’t want to say that I would choose one over the other. But, music holds a special place that acting doesn’t.

Sometimes the media can be difficult to handle. How do you deal with it?
Well, the kiss of death is to read about yourself online. Don’t do it and you’re cool. You just have to have a strong head, be smart about it and not listen to what anybody says about you because no one’s going to say nice things.

How is the crowd responding to you on tour? Being an opening band, do you have to win them over?
Yeah. It’s funny. The Love Willows is a band that opens before us. They’re cool, but they’re so different and they’re really happy and colorful and totally not rock. Then we come on and I think we shell shock the audience a little bit. So, it takes a second for them to warm up. Everyone just stares at us. It’s a lot of fun.

What’s it like on set of “Gossip Girl.” Tell me about the chemistry.
The chemistry is great. We’re like a family now. We’ve been together for two years; we’re in the third season. It’s awesome. Everyone loves each other. It sounds so contrived, but it’s nice.

For more on The Pretty Reckless, listen to a track on MySpace. What do you think?

She's also a huge fashion icon, but i wonder if her fashion sense was influenced more by the show, or more by her rock music lifestyle.

Interesting. I never thought about it like that, I'm sure a little bit of both.