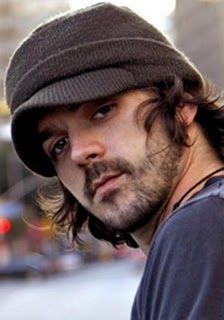 I first caught Cary Brothers‘ performance during the Hotel Cafe Tour last spring with Ingrid Michaelson, Joshua Radin and Priscilla Ahn. If the name doesn’t sound familiar, Brothers is perhaps most known for his song “Blue Eyes,” which was featured on the 2004 soundtrack of Zach Braff’s film, “Garden State.” The soundtrack won a Grammy for Best Compilation Soundtrack Album and propelled “Blue Eyes” to the top of the iTunes Folk Chart. While major labels started lining up offers for Brothers, surprisingly he wasn’t interested.

“I’ve seen too many people go through the major label process — the rapid rise and fall that leaves artists burned out and used up,” Brothers said. “That’s why I am excited to bring my independent label Procrastination to Bluhammock. They didn’t ask me to write 10 songs that sound like ‘Blue Eyes.’ They let me make the music I wanted to make.”

And that is what he has done. From continuously touring over the past few years (he co-founded the Hotel Cafe Tour) to working on numerous albums, Brothers has been keeping busy.

With a voice that can ease your stresses of everyday life, his music is light and airy but at the same time has so much depth to it. “Honestly” is a beautiful slow ballad with light guitar strumming and even softer piano accompaniment, never overpowering his vocals.

“Ride” is another strong track with Brothers’ intriguing vocals and lyrics. Listen to “Ride” here for more of a feel. I’d love to know what you think! If you like what you hear, Cary Brothers will be showcasing songs from his upcoming album live in New York and LA in March, so be sure to check out his MySpace for more info! Take a sneak peak below on his video blog and listen to his cover of Ryan Adams’ “Come Pick Me Up.”