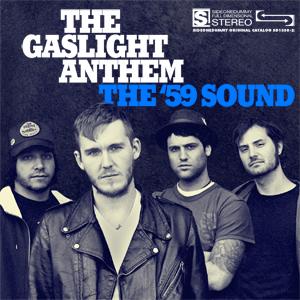 It’s one of those moments you never imagine happening. You open up Rolling Stone and see someone’s band you know being featured within the pages of the magazine. So surreal. That’s what happened to me last week when I was flipping through the October 2nd issue of Rolling Stone. I turned to the “Breaking” section and did a double take. Low and behold, there was Benny from Targum (the former night pro manager of Rutgers University’s daily newspaper, The Daily Targum).

It’s funny, actually, from the countless hours I spent night editing during my four years working at the newspaper, I knew he was in a band, but didn’t know the name of it or that he played the drums. But, I couldn’t be happier turning the page and reading the raving review of their latest album, The ’59 Sound. This is what Rolling Stone contributing editor, Christian Hoard had to say about the album:

“The ’59 Sound [is] the New Jersey quartet’s excellent second album, a collection of tuneful, passionately sung stories about working-class folks and young romance . . . Though the Gaslight Anthem are signed to the SoCal punk label SideOneDummy and they regularly open for mohawked acts, their sound is only sort of punk: It’s more like a supercharged version of early Bruce records or a no-frills take on the Replacements.”

Many reviews have been comparing the Jersey-based band to fellow Jersey native, Bruce Springsteen. While I definitely hear the influence of The Boss, there’s something more. Their music is catchy and you can listen to each story within every song while rocking out to the solid drum beat and guitar accompaniment. Like Hoard wrote, it has that punk feel to it, but also a mix of that classic Springsteen sound. In fact, it’s hard to pin the Gaslight Anthem down to one genre, which for a band is often a good thing. Watch their video below for “The ’59 Sound” and see for yourself.

If you like what you heard, be sure to check them out on MySpace and let me know what you think!
For more of the Rolling Stone feature and video on the Gaslight Anthem, click here.